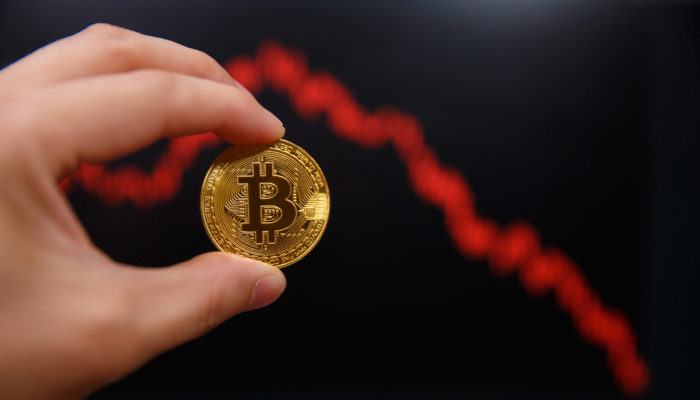 Bitcoin (BTC) is currently coming off of an incredibly volatile weekend where it surged to highs of $3,750 on Saturday before retracing to lows of $3,550 on Sunday. Although nothing fundamental drove this volatility, it is now becoming increasingly common to see volatility over the weekends, which is primarily due to the decline in trading volume.

At the time of writing, Bitcoin is trading down 0.4% at its current price of $3,580. BTC is currently trading just a hair above its 24-hour lows of $3,570, which were set earlier this morning.

On Saturday, Bitcoin surged to highs of $3,750, which analysts believe was a significant move as it put BTC in a higher trading range between $3,700 and $4,100. Despite this, bulls were not able to muster up enough upwards momentum to propel the cryptocurrency any higher, which led it to drop significantly on Sunday.

On Sunday, BTC sharply fell from $3,730 to $3,590, from which it has experienced a choppy trading session. This recent trading activity has further validated $3,550 as a strong level of support for the cryptocurrency.

Mati Greenspan, the senior market analyst at eToro, previously speculated that BTC was caught in a trading range between $3,550 and $4,200, which was first confirmed on January 13th when Bitcoin fell to lows of exactly $3,550 before bouncing to $3,700.

“It seems now, that bitcoin has opened a new mini-range within that from $3,550 to approximately $4,200… Movements within a range can sometimes be sudden like we saw yesterday, but unless there’s a breakout of the key levels there really isn’t much to write home about,” Greenspan said in an email from earlier this month.

This recent drop has led the overall cryptocurrency market cap to shed over $6 billion from its weekend highs.

The validity of this hypothesized range was further confirmed over this weekend, as Bitcoin has once again respected $3,550 as a level of support. However, DonAlt, a popular cryptocurrency analyst on Twitter, said that if this level is hit again it will likely be broken.

“$BTC update: Perfectly responded to the drawn level. 3500 has acted as support 3 times already if it is hit another time I’d expect it to break. Finally approaching a level (3400) that I might trade again. Until then still sitting tight fully hedged,” DonAlt explained.

It is important to note that analysts also believe that Bitcoin is currently caught in a much wider trading range over the long term between $3,000 and $5,000, so if $3,550 is broken it will likely lead to a move towards $3,000, where significant buying pressure currently exists.