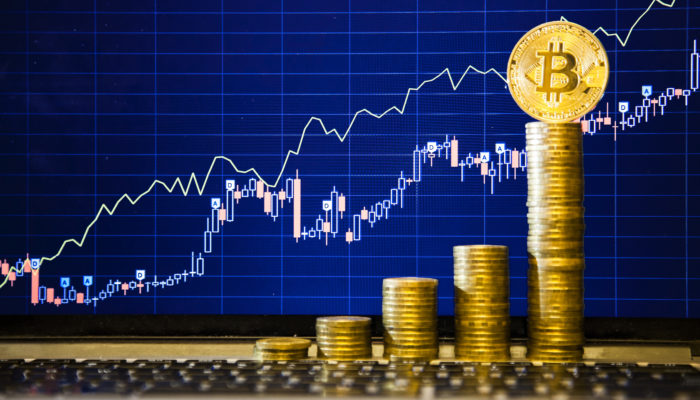 After a several day period with little volatility in the cryptocurrency markets, Bitcoin has now surged above $3,700, which proved to be a level of resistance over the past week. Today’s price surge, despite being relatively small, could be significant in leading Bitcoin’s price back towards $4,100.

One analyst also believes that Bitcoin’s latest price move could prove to be positive for the altcoin markets.

At the time of writing, Bitcoin is trading up 2.6% at its current price of $3,750. Since last Monday, Bitcoin has been stuck below the $3,700 region, which quickly became a level of relative resistance for the cryptocurrency.

Yesterday, Luke Martin, a popular cryptocurrency analyst, noted that he thinks that Bitcoin was stuck below a trading range between approximately $3,700 and $4,100, which would mean a break above the former price could lead to surge towards the latter price in the low-$4,000 region.

He also noted that a break above $3,700 could prove positive for the altcoin markets.

“$BTC battling to reclaim the range all week. If price can get back above 3700 I’m more excited about alt positive momentum continuing,” Martin said in a tweet.

Today, after Bitcoin broke above $3,700, Martin followed up on this tweet, noting that he still agrees with the conditions mentioned in the first tweet, and that he still believes the range extends upwards of $4,000.

“$BTC breakout past 3630 level and the 3700 swing high resistance all week. Same thought as first chart and now the condition looks like it will met [sic]. I’ve loved mid-cap alt exposure this week for the first time in a while. Bitcoin moving higher means that window still there imo,” he said.

Although Martin believes Bitcoin is currently caught in a micro trading range between $3,700 and $4,100, other prominent analysts have offered somewhat different views.

Earlier this month, Mati Greenspan, the senior market analyst at eToro, said that he believes Bitcoin is currently caught in a range between $3,550 and $4,200, which, if this range is valid, somewhat negates the importance of $3,700.

“It seems now, that bitcoin has opened a new mini-range within that from $3,550 to approximately $4,200… unless there’s a breakout of the key levels there really isn’t much to write home about,” he said.

How the markets fare over the weekend will likely set the tone for the following week.