Coinbase CEO: Full Promise Of Bitcoin (BTC) Yet To Be Realized, Still in Very Early Stage 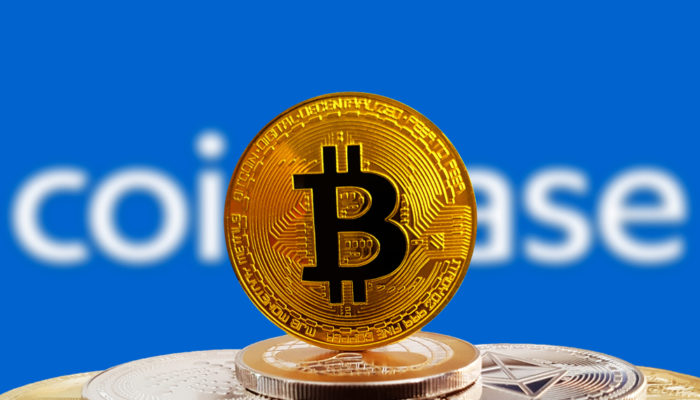 Bitcoin has undoubtedly come a long way in its ten-year history. And while “Bitcoin” has become a popular word in the world’s vernacular, Brian Armstrong, the chief executive at Coinbase and an advocate for an inclusive and decentralized financial system, has claimed that the project is still in its infancy.

Who Is Brian Armstrong?

Brian Armstrong has undoubtedly been an integral part of the cryptocurrency industry since 2012. But, just like many of those now entrenched in this movement, he didn’t even consider the concept of a digital currency when his career began. So, that begs the question — how did he get into Bitcoin?

Armstrong conveyed his come-up in an interview conducted by Chris Dixon, a general partner at Andreessen Horowitz’s crypto arm and a Coinbase board member. Explaining his superhero origin story, if you will, the American national explained that he began his journey at Rice University, graduating from the prestigious school with a Masters in Computer Science. While at school, Armstrong began to discover the power of technology, and how it could turn traditional industries, such as healthcare, education, and finance, right on their heads.

Following his time in higher education, the entrepreneurial developer began to truly work on University Tutor, while also moving to Bueno Aires, Argentina to find himself, as it were. And while his tutoring platform performed respectively, while in the South American nation, still shell-shocked from a hyperinflationary financial crisis that occurred just years earlier, a fire was kindled in Armstrong’s inner being.

Yet, he didn’t initially capitalize on this newfound belief system that was festering, presumably due to the strength of centralized financial incumbents. So, he packed up his bags, leaving for Silicon Valley like his fellow aspiring computer developers. He began his career in the de-facto technology hub at Airbnb, becoming the 40th employee at the now-world-renowned home platform. And, even as a software engineer, Armstrong began to see what financial qualms befell Airbnb, then a fledgling startup looking to set up operations worldwide. He told Dixon:

“Airbnb had grown really quickly — it had grown into 600 people — and they were moving money all over the world to 190 countries. So I had a front-row seat into how broken the global financial system was because there were high fees and delays, and each country we were trying to move money into and out of had opaque, broken infrastructure — like an oligopoly of different payment companies.”

And eventually, while he was home for Christmas in 2010, he stumbled across a link to the original Bitcoin whitepaper on Hacker News, a news portal run by Silicon Valley incubator YCombinator. Armstrong, who called the paper the “most exciting thing I read in five years,” explaining that he had to re-read Satoshi’s magnum opus a number of times, as he couldn’t stop thinking about the transformative ability that Bitcoin held.

Commenting on why this paper was so interesting, the Rice graduate claimed that the as the Internet was a medium to move information, Bitcoin was a way to transact value in a decentralized manner. So, Armstrong thought to himself, if Bitcoin is going to be as big as the internet, he should try his hand at making one of the “formative” companies in the cryptosphere.

The industry insider delved deeper explained his backstory in a recent Twitter thread, issued to celebrate the anniversary of Bitcoin’s first processed block on January 3rd, 2018.

Armstrong began to work on a prototype for an exchange and wallet during the weekends and late nights after his Airbnb shifts, to the dismay of his friends, who thought “Bitcoin sounded pretty crazy.” And eventually, after tinkering with the Ruby programming language, the forward-thinker got an Android wallet working, with a self-coded full node. Upon the success of his little project, Armstrong took his prototype to YCombinator, which subsequently funded his project and convinced him to drop his tenure at Airbnb.

Following some deliberation and soul-searching, Armstrong stumbled across the world “coinbase” on the official Bitcoin wiki — a term used to describe the content of the input of a generation transaction (Block#554,509’s coinbase read “Thanks Satoshi”) — and purchased the Coinbase.com domain just days later. And, as many like to say, the rest was history.

The Bitcoin Whitepaper Was The Spark, But There’s Way More To Come

In the aforementioned celebratory thread, which became one of the thousands on this auspicious day, Armstrong claimed that he believes Bitcoin was “one of the most important inventions of all-time.” Backing his claim, Armstrong noted that it began a global movement that pushed firms to disintermediate individuals and their money and data. The Coinbase chief even quipped that while he’s happy to see an expansive ecosystem stem from the first cryptocurrency, which contains crypto assets of all shapes and sizes, his first love was Bitcoin, and nothing is going to change that.

This is intriguingly in stark contrast to how the Bitcoin maximalist community paints Armstrong and his fellow pro-crypto Silicon Valley peers, like Erik Voorhees. Kevin Pham, a leading anti-establishment advocate who led the so-called “Hold Wells Fargo Accountable Movement,” has openly called out Armstrong, claiming that the Coinbase head should get “canned” for the good of this industry. Pham has overtly expressed his hate towards Armstrong due to his distaste for Ethereum, which in turn, means hate for anybody who pushes the project.

But, via Twitter, Armstrong noted that his firm’s clients remain enamored with Coinbase, with this affection spreading “among new customers and long-time hodlers alike.” Contrary to his critics, Armstrong then noted that he’s happy to see steady progress continue on protocols, platforms, and services that bolster the Bitcoin ecosystem, namely the Lightning Network. At the same time, Armstrong even tipped his hat to developers, claiming that he’s sorry for certain critical messages previously, before adding that he wants to see this technology succeed across the globe.

Yet, in spite of the growth of this ecosystem over Bitcoin’s decade-long lifespan, the Coinbase founder, who recently committed to forward a majority of his eventual wealth to those in need, noted that this industry is still waxing its skis, so to speak. Armstrong wrote, “the full promise of Bitcoin is still yet to be realized.”

13/ I believe we’re still at the beginning. The white paper signaled the start of a movement and the full promise of Bitcoin is still yet to be realized.

Travis Kling, the founder of the Ikigai Fund, echoed this thought process in an extensive interview with TD Ameritrade. Kling, who formerly was a portfolio manager at Steven Cohen’s Point 72 hedge fund, noted that a majority of Bitcoin’s 10-year history was the runway, as the asset is just getting its wings off the ground now. By the same token, the cryptocurrency proponent explained that most of the publicity and development that has fallen on cryptocurrencies, namely BTC, came within the last 18 to 24 months, not during this sector’s earliest years.

But, just like Armstrong, Kling, who runs his long-short cryptocurrency fund out of an office in Los Angeles, claimed that he expects for BTC and other cryptocurrencies to succeed, as it allows consumers to opt-out of the most ambitious monetary experiment of all-time — quantitative easing and the incessant printing of U.S. greenbacks.

And while cynics are sure that cryptocurrencies will fold to be valued at $0 apiece, this industry’s prospects continue to look bright, even as the traditional market falls on hard times. Case in point, Armstrong drew attention to the diehards that continue to flock to this space en-masse, accentuating that this has only made his convictions about cryptocurrencies stronger than ever. Interestingly, Spencer Bogart, the essential figurehead of crypto-centric investment group Blockchain Capital, also touched on this influx of talent and what it means for this industry moving forward.

Speaking to CNBC’s Fast Money on the matter, Bogart explained that the “most encouraging” indicator is the “quality of talent” that continues to arrive at crypto’s doors. The seeming diehard noted that many “young people” have been entranced by what Bitcoin has to offer, with the world’s “best and brightest” asking to make an entree into this industry. As explained by Bogart, this, in and of itself, shows that cryptocurrencies have an extremely bright future.