Is US China Trade Dispute Behind Monday’s Impressive Crypto Rally? 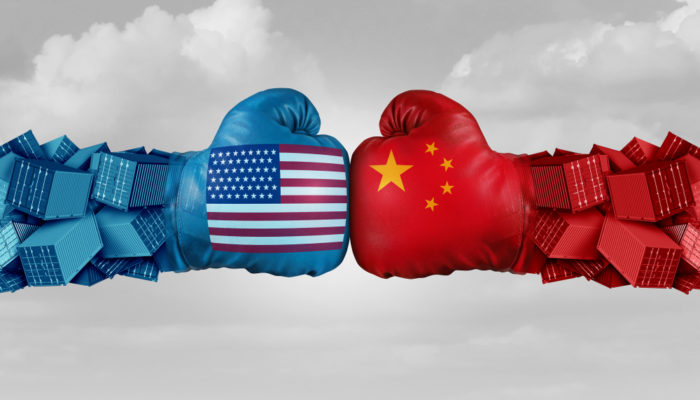 Two very separate markets in crypto and stocks are trending in the same direction on Monday.

The first market is of Asian equities led by China. The mainland Chinese stocks today jumped more than 3 percent, its best since early November 2018. The CSI 300 Index (SHA: 000300), which lists China’s major stocks from technology, telecom, healthcare, and finance, rose up to 3.2 percent. At the same time, Hong Kong’s Hang Seng Index (NDEXHANGSENG: HSI), which lists stocks of the region’s largest companies, surged by 1.7 percent.

Coming to the second market: it is that of cryptocurrencies.

Ethereum, the world’s second most significant cryptocurrency by market cap, surged as much as 14 percent against the US Dollar during the Monday’s Asian trading session. Bitcoin, the dominant crypto, also posted an impressive 3% gain, according to 24-hour readings of CoinMarketCap.com. 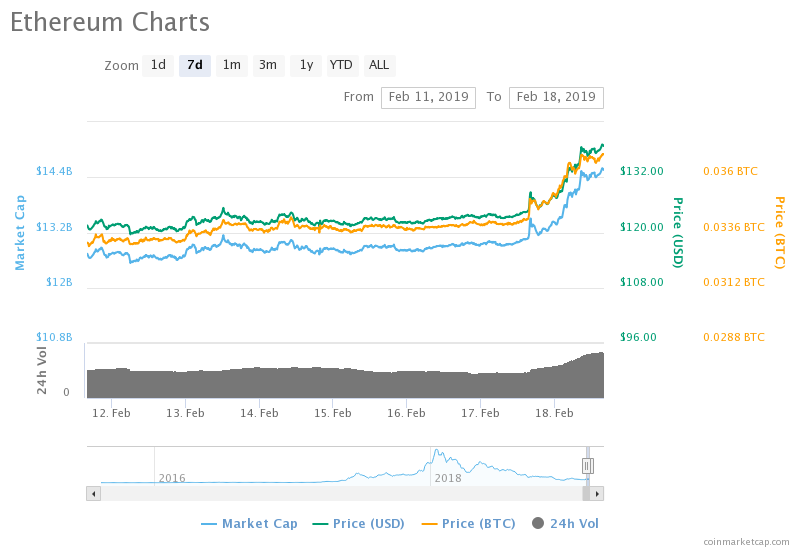 As a whole, the cryptocurrency market added more than $5 billion to its market capitalization. All the top coins, which had hinted rebound from their lows during the February 8 trading session, confirmed that they were bottoming out.

It is no coincidence that both the Asian market and the crypto market underwent a recovery on the same day. Financial Times reported that investors were confident about a positive outcome from US-China trade talks this week. Earlier, US President Donald Trump, who had criticized China for unfair trade practices, tweeted over the weekend that Washington’s meeting the Beijing counterpart was moving towards a definite conclusion.

Important meetings and calls on China Trade Deal, and more, today with my staff. Big progress being made on soooo many different fronts! Our Country has such fantastic potential for future growth and greatness on an even higher level!

Cryptocurrencies, which were supposed to be unhinged with the mainstream fundamentals, somewhat reacted positively to the Trump tweet via Asian markets. Before that, their leading asset Bitcoin was undergoing a slow downside correction following its impressive rally on February 8. But after the announcement, the cryptocurrency blasted from $3,623 to as high as $3,757 in less than 20 hours. 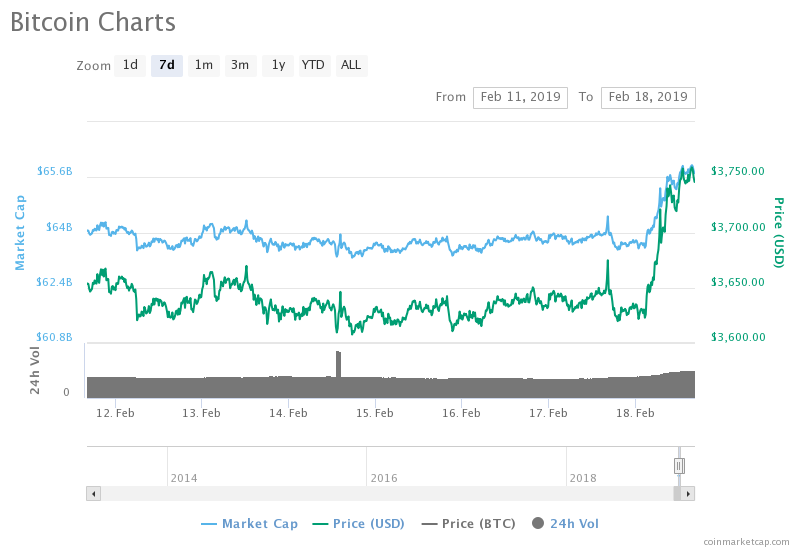 The focus now shifts to the ongoing European session. According to Euro News, the European stocks have also surged to their four-month highs on Trump’s tweet. The STOXX 600 rose 0.7 percent during the early morning session, especially under the influence of its automobile and financial stocks performance. It is possible that a bullish European market could pass down the same sentiment to the cryptocurrency market. 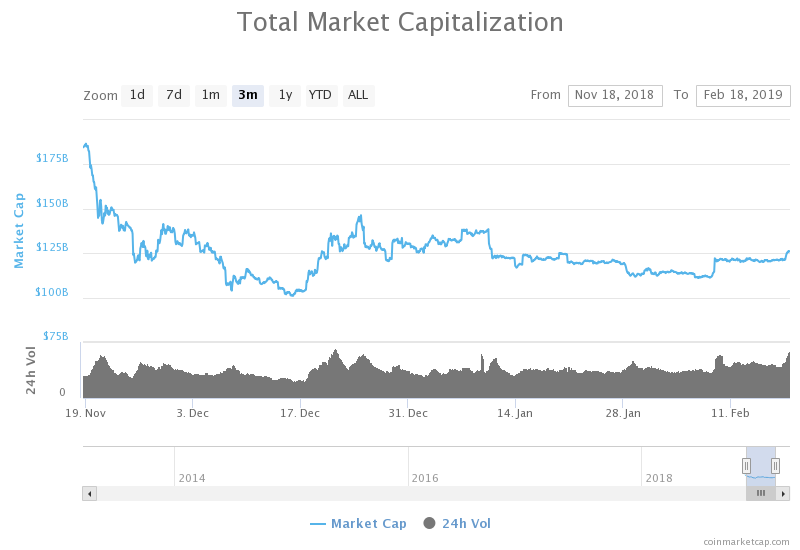 The global cryptocurrency market capitalization, despite the one-day rise, is still trending inside a giant bearish trend. The market would need to set its upside target at circa $146 billion to confirm an interim bullish bias. During the mid-December 2018 session, cryptos have failed to breach the same resistance level on a jump from circa $100 billion.

Nevertheless, the upside swing is a welcome change, since it is the second time in the month since February 8. Should the trade war between the US and China come to a positive end, it could allow crypto assets to jump even higher. At the same time, a bad note could prompt a market-wide selling action.