Bitcoin Will Easily Surpass Market Cap of Gold at $8 Trillion 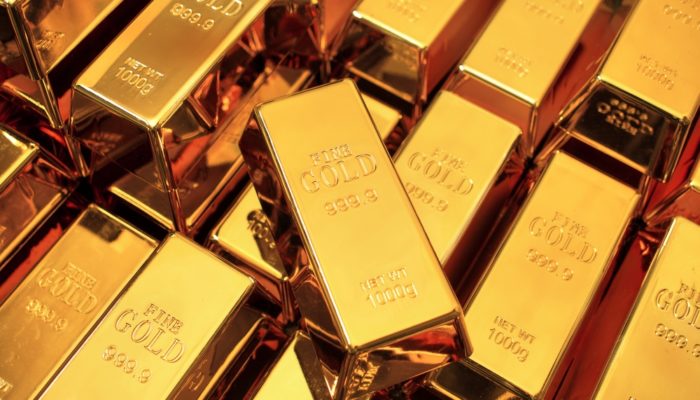 Crypto’s most fervent crusaders have sought to keep their heads up in this drastic, bone-crushing bear market. While optimism has often taken the form of the “institutional herd is coming” narrative, a number of Bitcoin (BTC) natives have begun to revisit the asset’s underlying value proposition.

And no, in their eyes, BTC isn’t digital cash. Instead, the flagship cryptocurrency has quickly taken up the mantle of being a digital form of gold, rather than digital cash through and through.

Max Keiser, an anti-establishment figure and popular industry commentator, put it best when he claimed that Bitcoin is a “peer-to-peer electronic gold system.” In a later tweet, he lauded Bitcoin’s nature as “unparalleled digital gold,” calling it simply “world-changing.”

Scarcity is one of Bitcoin’s mainstays. According to a Twitter thread from Dan Held, a former product manager at Blockchain, Satoshi Nakamoto himself mentioned his brainchild’s scarce nature in emails, BitcoinTalk threads, and through other mediums of digital communication. While the cryptocurrency godfather, to so speak, seemingly never mentioned the words “digital” and “gold” in a single sentence, Bitcoin has been extolled as a replacement (not alternative) for the precious metal.

In a recent tweet, Willy Woo cemented this belief system. The Australian crypto researcher, known for his in-depth technical analysis of cryptocurrencies, explained why he expects for Bitcoin’s market capitalization to “easily exceed” surpass that of traditional gold.

Woo, citing a space-related article outlining the infantile off-Earth mining industry, noted that mathematical scarcity, which Bitcoin enlists, “beats perceived scarcity.” Referencing the article, which claimed that trillions, even quadrillions &  quintillions of dollars worth of gold and other precious metals could exist in near-Earth asteroids, Woo noted that “perceived scarcity comes only from the technological limitations of today.”

In other words, gold’s hegemony as the de-facto store of value may be usurped over time, especially as humanity’s relentless demand for gold continues and as on-Earth supplies wane, creating a gold rush in outer space.

Misir Mahmudov, the supposed brother of short-term crypto bear Murad Mahmudov, echoed Woo’s pro-scarcity sentiment in a different context. Misir, a student of Austrian Economics, noted that even if every millionaire in the U.S. proper wanted to obtain one BTC, “they wouldn’t be able to.” The crypto enthusiast added that there will always be fewer BTC than millionaires in the world, accentuating Bitcoin’s hard cap of 21 million coins.

Although Misir’s statement may seem flawed, especially considering that CNBC report claims 10.7 million Americans have seven-figure net worths, this crypto researcher is likely taking other factors into account. Per previous reports from NewsBTC, a research paper from Chainalysis, a New York-headquartered crypto analytics unit, revealed that up to 3,790,000 BTC could be lost to the ether.

While this is already a jaw-dropping sum in and of itself, as that amount of cryptocurrency clocks in at a value of $13.25 billion, the figure is only excepted, nay slated to swell. Case in point, on Thursday, major Canadian crypto exchange QuadrigaCX divulged that it had purportedly lost access to its cold storage wallet, as the death of the upstart’s founder killed operations and logistics.

Moreover, it is presumed that the Winklevoss Twins, Tim Draper, along with hundreds of other so-called “crypto OGs” have millions of BTC under lock and key, and have no intention to liquidate their holdings in the near future. Venture capital heavyweight Tim Draper alone, who paid $18 million for his first batch of Bitcoin, owns 29,656 coins at a bare minimum, while his entrepreneur son has likely matched his father’s holdings.

Semantics and exact specifics aside, Misir’s point was there’s not enough Bitcoin to go around, and that if demand for the asset surges, supply won’t be able to keep up. This simple belief of rapidly waning supply and dramatic demand, which is only underscored by the backdrop of BTC evolving into a global reserve asset, could single-handedly propel the cryptocurrency past its previous highs and beyond.

What Does This Mean For The BTC Price?

But what would Bitcoin’s classification as the second coming of gold do for its value?

In the eyes of Lou Kerner, the answer is simple. Speaking with Bloomberg, the CryptoOracle founding partner noted that as consumers continue starting to come to the realization that gold underperforms Bitcoin, the asset could easily surpass $100,000 apiece. Kerner added that he sees the U.S. dollar as a Ponzi scheme, which could be a catalyst for money to flow into BTC in the future.

The Winklevoss Twins, the two founders of the Gemini Trust, believe Kerner’s thought process. The two preeminent industry insiders explained that BTC is simply a better version of gold, adding that the only thing the precious metal has on the cryptocurrency is a 3,000-year head start. Twin Cameron, breaking down the “Bitcoin is a digital form of gold” argument, remarked that if you boil it down, the digital asset is better at fungibility, scarcity, portability, and divisible than the precious metal itself.

Previous articleBitcoin Holds Steady Above $3,400, But Analysts Still Believe Further Losses Could Be in Store
Next articleGoal of Bitcoin is to Bypass Existing Financial System, Not to Support it